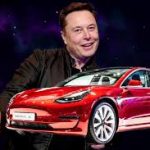 For the good of the climate let’s just stop driving cars. That sounds ridiculous when you can obtain more efficient cars or hybrids, plug-ins and EV’s . Why shouldn’t the same logic apply for the critics of beef consumption? It turns out that some cows are the Teslas and others are gas guzzlers. Just like efficient climate friendly cars there are climate friendly cows producing more milk and/or meat per unit of Green House Gases than the inefficient models. Just make the right choices in transportation and in what you eat. You don’t have to give up cars and you don’t have to give up beef, but you should encourage the car makers and the ranchers who are taking the right steps. This is logical if you think about it but it still isn’t sinking in so Farm To Table Talk is bringing back this conversation with Dr. Frank Mitloener the Director the Clear Center at UC Davis. He explains that most of the arable land in the world cannot be used to produce crops but can be used for forages and grazing. Four stomached ruminants like elk, deer, bison, cattle, goats and sheep are masters of conversion.