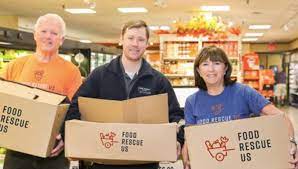 Food waste presents its own serious crisis. As awareness has risen about the impact of climate change on our environment, we are learning the significant role that food waste plays. In America, 40% of the food supply, from farm to table, is wasted. This excess food ends up in landfills where it creates methane gas, a major contributor to the warming of our planet. Vegetables, fruit, milk, and other nutritious foods fill our landfills. At a time when there is so much hunger in our country, we are throwing away the very food that could feed the food insecure and help save our planet.The bottom line is that hunger and food waste are unacceptable in America where there is a wealth of resources and enough food being produced to feed everyone. The knowledge that these crises can be solved drives the mission and work of Food Rescue USA whose CEO Carol Shatuck visited the Farm To Table Talk Clubhouse room (now open to all) and this episode of Farm To Table Talk. www.foodrescue.us

Before he became the third President of the United States, Thomas Jefferson 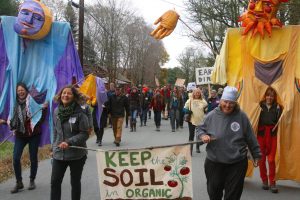 envisioned a country of ‘citizen farmers’ who would be engaged in government. Jefferson would have been pleased with citizens like Iowa farmer Francis Thicke and Vermont farmer Dave Chapman who climb off their tractors to Zoom with the Secretary of Agriculture about needed policy infrastructure repairs to the USDA Organic program. A thousand farmer have already joined with them to give consumers assurance of Real Organic production practices and to rescue the reputation and trust in Certified Organic. It’s wrong when farmers are passive about what they grow and it’s wrong when consumers are passive about what they eat. Jefferson could see farmers and eaters  saying “we the people are going to do it on our own.” www.realorganicproject.org

If more of us pledged our head to clearer thinking, our heart to greater loyalty, our hands to larger service and our health to better living it would be better for us, our clubs, our community, our country and our world.  That’s been the 4-H pledge for generations, although our “world” is a welcome additional beneficiary. 4-H is not just for farm kids with animals.  In many states the vast majority of young people in 4-H Clubs are in cities with a wide range of projects that often have more in common with computer labs than barnyards.  Lynn Schmitt-McQuitty is the California 4 -H Director for University of California Agriculture and Natural Resources. Lynn tells the story of today’s 4-H and how we can help our kids and ourselves. Caring parents, neighbors or grandparents should look in to 4-H for youngsters or to volunteer their own time for “better living in better communities”. http://4h.ucanr.edu 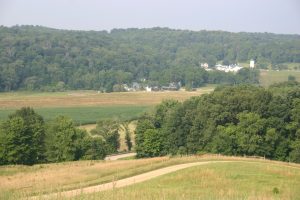 Louis Bromfield planted seeds of the food revolution and reminds us to “Never forget that agriculture is the oldest of the honorable professions and that always the good farmer is the fundamental citizen of any community, state or nation.” We are reintroduced to the wisdom and vision of Louis Bromfield in the recently published book, “The Planter of Modern Life” by  the author Stephen Heyman.  He was introduced to the Bromfield books of nearly 75 years ago by  Pennsylvania grass farmers, John and Sukey Jamison who had themselves been inspired by Bromfield’s Malabar Farm. John and Sukey share how Bromfields vision helped them get started when neither had any farming experience.  Regenerative farming leader, Rich Collins, has been a self described Bromfield ‘Groupie’ for years and has visited Bromfields place outside of Paris and Malabar Farms in Ohio. He also has shared Bromfield books  and introduced us to the author of the next Bromfield book, Annaliese Abbott. Rich, Annaliese and the Jamison’s join the table to discuss the life and lessons of Louis Bromfield. In addition to recommending The Planter of Modern Life, Rich Collins shared the following. “Most all of these folks focused on the important role of soil as a key element of the water cycle.  As Hugh Bennet wrote back in the mid 30’s “Keep the raindrop where it falls.”  So simple!!
Pleasant Valley (1943) and Malabar Farm (1947) by Louis Bromfield
Water and the Cycle of Life (1958) by Joseph A. Cocannouer
Plowman’s Folly (1943) and A Second Look (1947) by Edward H. Faulkner
Deserts on the March (1935) by Paul B. Sears
Big Dam Foolishness (1954) by Elmer T. Peterson

On-farm agriculture operations have been excluded from federal labor law 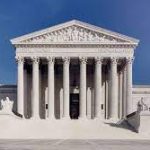 since 1935. California filled this gap by creating its own law in 1975, the California Agricultural Labor Relations Act (“ALRA”) that gave union organizers the right to physically access the farm property in order to solicit support for unionization. Growers challenged this regulation as a state-sponsored “taking” of their property rights, without the just compensation guaranteed by the Fifth and Fourteenth Amendments to the United States Constitution. In a 6-3 decision, the U.S. Supreme Court has agreed with the growers, holding that the ALRA’s access regulations were a per se violation because they allowed “physical invasion” of the land without compensation. Michael Droke explains the significance of the decision and implications for property rights protection for agriculture. Michael is a senior partner at the international law firm Dorsey & Whitney in its Food and Agriculture group. www.scotus.com www.dorsey.com 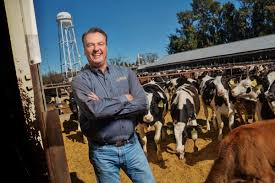 Will eating less meat save the planet? Some say so but science says no. of course if you’re looking for a reason to eat less meat and tell others to do the same, climate change seems to add to your case.  However, if you’re looking to make real impact on the climate, transportation and construction are still much more important than agriculture.  Dr. Frank Moetloehner, Director of the Clear Center at UC Davis is the most quoted expert on these issues in the world. He shares with us the true story of the effects of livestock production, including that some countries are doing a better job than others.  With the adaptation of new technologies, California dairy farmers have reduced methane emissions by 25%..  On You Tube videos  and in Frank’s presentations you we see him hold up an 8.5 X 11 inch sheet of paper to represent the entire surface of the Earth; then a business card that represents the area where agriculture is possible with 2/3 of that card only fit for grazing  livestock. It is an important story that Frank tells us. www.clear.ucdavis.edu 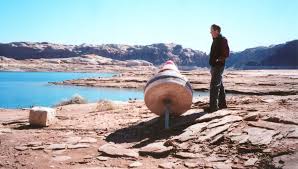 Except for the air we breathe, nothing is more important to life on earth than water.  Humans can live up to 60 days without food but only a few days without water.  So water is life and the worsening climate is severely impacting life as we know it.  In California alone it is estimated that nearly a million acres of previously productive farmland will be fallowed in 2021.  Inevitably the food supply  and food costs will be impacted. Randy Record farms and invests his time in seeking water solutions.  He has a vineyard and is on the Metropolitan Water District (LA) Board where he has served as Chairman. Randy has a clear eyed perspective on the water challenges we face and faith that  building trusting relationships between cities, agriculture and environmental publics is a key for progress. www.farmwater.org

Not all farmers are old.. Millennials are coming back to family farms and ranches in impressive numbers.  After college and trying other adventures many are deciding that their passion and what seems best for their families is to be back in rural areas where they bring enthusiasm and a renewed commitment to grow livestock and crops in a way that is good for their family, community and the climate. Brian Moes, his wife and five young boys, dry land farm and feed cattle in North East South Dakota.  Paige Dulaney, her husband and two young boys, farm and ranch in North East Colorado. Bryon and Paige share a path with thousands of new generation farmers who want consumers to understand that their food is being produced by young families liker theirs who are proud of how they farm or ranch and hope to see their kids come back some day to continue the tradition. 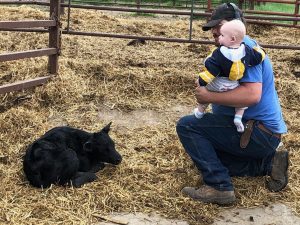 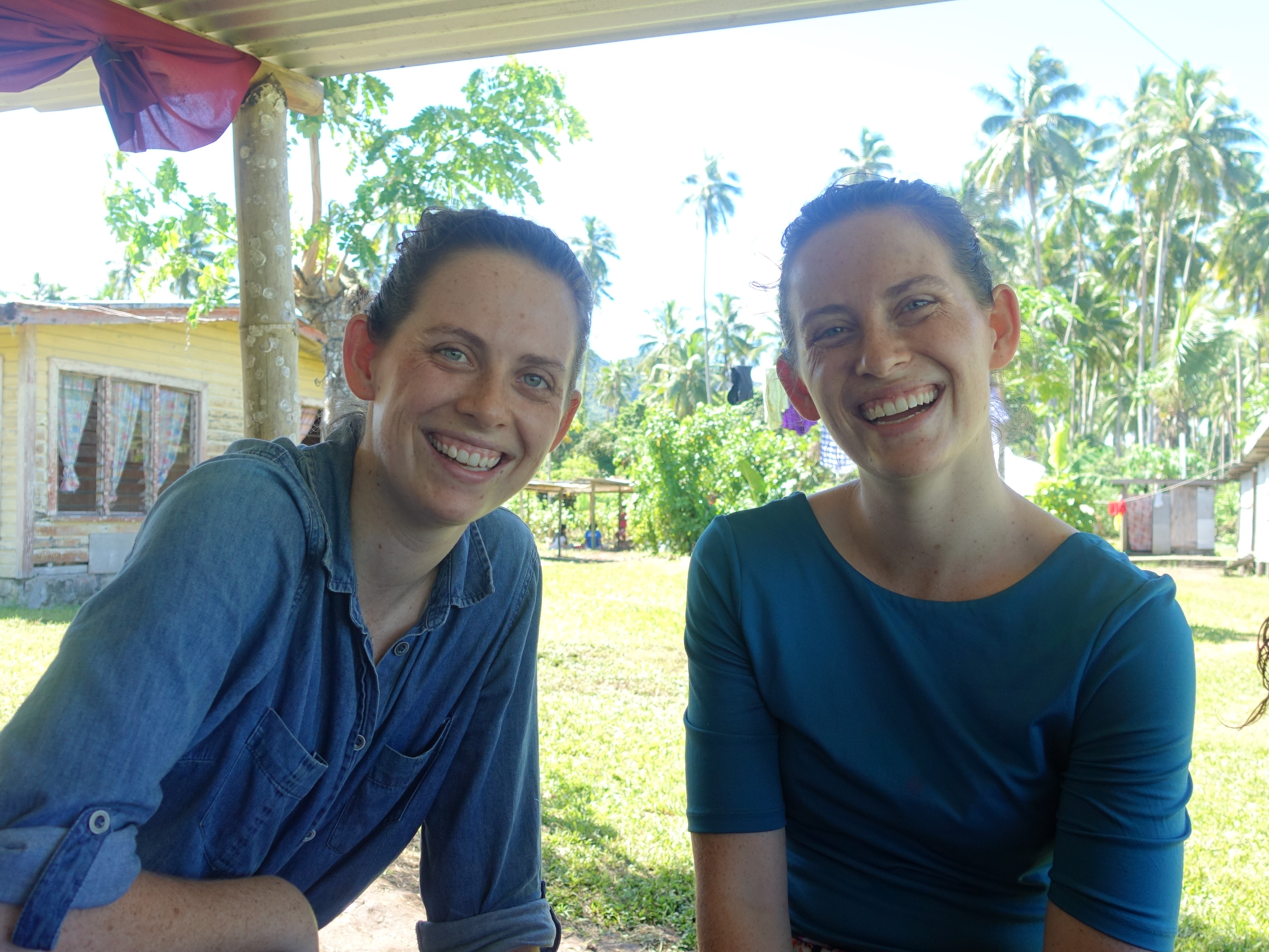 Connecting small farmers to new markets is a universal goal. In Fiji and Australia that is being accomplished due to the efforts of twin sisters, Lisa and Zoe Paisley who have  co-founded Aggie Global. They moved to Fiji  to  start a business and address poverty in rural communities. Farmers struggled with selling their produce while the tourism sector imported 70% of their food so Aggie Global was built to connect either end of the food supply chain in a more transparent and equitable way. Zoe and Lisa came back to Sydney when the pandemic hit and launched an Australian arm to support indigenous farmers by focusing on ‘Bushfoods’.    It’s another great journey of connecting farms and consumers that can be translated to local and global regeneration.

Aggie Global’s crowdfunding and subscription program will help make positive social change every month. Their campaign helps  support Fijian farmers and build healthy communities by providing boxes of locally grown, fruit and vegetables to families in need every month. Check out their campaign on Start Some Goods website today!   https://startsomegood.com/support-local-to-build-healthy-communities-aggie-global/

Billions of pounds of produce are going to waste while millions of Americans are going hungry. Seeing food lines develop all over, some University students decided to do something to change that. They created the Farmlink Project to connect farmers to food banks, delivering millions of pounds of farm fresh produce that would otherwise be wasted to feed families in need. The founder and CEO of Farmlink, James Kanoff explains how this idea has led to up to a million pounds of food per week that might otherwise been wasted, make its way from farms to food banks to hungry people. www.farmlinkproject.org